The grave of Katri Paavolainen, wife of rural shop owner – Tuonelan portilla (At the Gates of Tuonela, the realm of the dead) 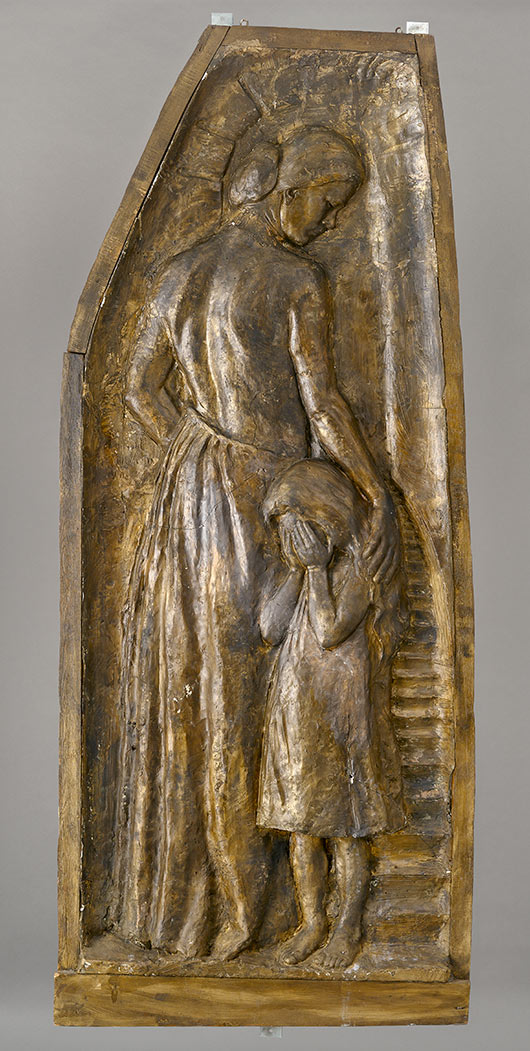 Tuonelan portilla (At the Gates of Tuonela, the realm of the dead)

Monument made of steatite
Eemil Halonen 1906
Cemetery of Kivennapa, Russia

Made of steatite, Tuonelan portilla is on the grave of Katri Paavolainen (1859 –1903) on the cemetery hill of Kivennapa on the Karelian Isthmus. The funerary monument was most likely commissioned by her son, merchant and shop owner Pekka Paavolainen. It is said that Eemil Halonen sculpted the monument next to the cemetery at Kivennapa. The work was physically strenuous and he had asked every evening while there to heat the sauna for a very hot bath.

This work depicts the sorrow of a child who has to give up his or her own mother. The face of the mother reflects the finality of death. After the war, the funerary monument of Katri Paavolainen was the only that survived at the cemetery throughout the Soviet era, perhaps because of its universal human theme and its artistic execution. All the other Finnish gravestones were destroyed.