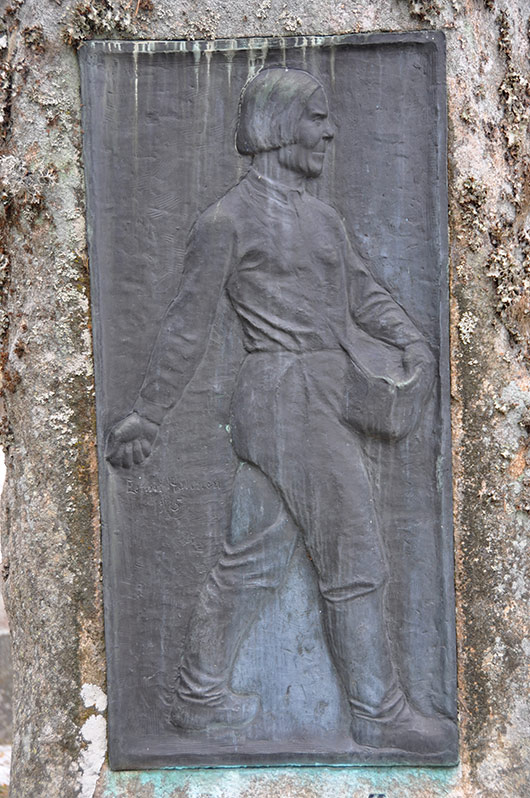 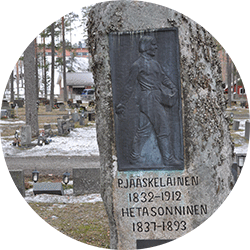 Pekka Jääskeläinen (1832 –1912), master of Kittolanniemi farm in Lapinlahti, was said to have been a very strong man who would easily lift even heavy stones. Pekka forged scythes and iron parts for sledges in his smithy. He could not write and his reading skills were poor. When he was older, Pekka Jääskeläinen liked to sit on a bench by the window of his home and watch the steamboat Onkivesi dock at its jetty.

Pekka Jääskeläinen’s wife Heta Sonninen (1831 –1893) came from a wealthy farm in Iisalmi. Unlike her husband, she could read fluently. The spirited Heta attended to the chores of the home and the livestock and is also said to have woven up to ten Swedish ells (approximately 590 cm) of linen cloth a day. Pekka Jääskeläinen and Heta Sonninen had nine children, two of whom died at a very early age.