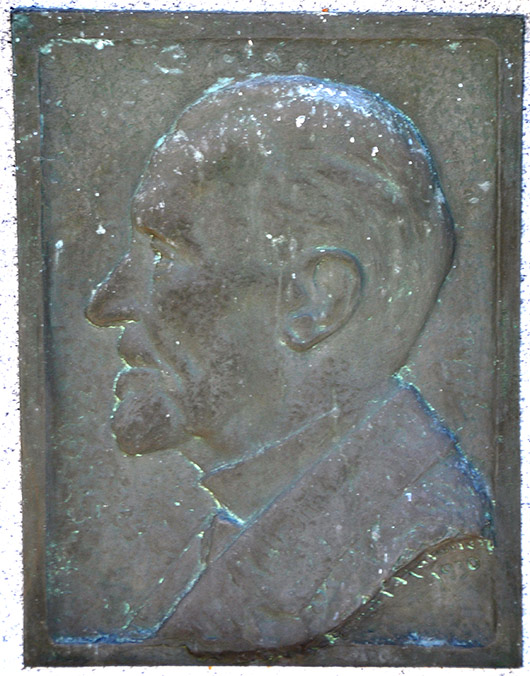 There is a portrait relief by sculptor Eemil Halonen on the gravestone of agricultural counsellor Johannes Lagus. 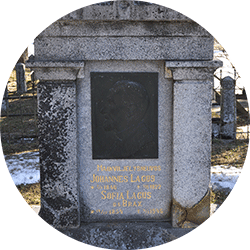 Agricultural Counsellor Johannes Lagus (1846–1922) was a pioneer of farming and agricultural education in North Savo. As the director and teacher of the Peltosalmi Milkmaid and Dairy School, the owner of a teaching farm and the head of the province’s agricultural association, he was involved in implementing the transformation of farming to focus on dairy production and in raising skilled cattle and dairy farmers for Eastern Finland. Johannes Lagus was known for his live, popular and practical way of teaching.

Johannes Lagus was born at Lammi where his father Johan Lorenz Lagus was a vicar. From there, the family moved to the vicarage of Iisalmi. Lagus began his studies at the University of Helsinki, but took part in a student demonstration interpreted as anti-Russian, and was suspended from the university for a few months. The student no longer returned to Helsinki, but began to manage the Peltosalmi farm property in Iisalmi, which he had received from his father. In 1875, the Agricultural Society of the Province of Kuopio established the first Milkmaid and Dairy School of the North Savo region at Peltosalmi.

Johannes Lagus campaigned for the affairs Iisalmi region as a member of three sessions of the Finnish Diet. He was involved in many ways in developing the business and cultural life of the township (1860) and later town of Iisalmi (1891) and was among the founders the Iisalmi Brewery (present-day Olvi Plc) in 1878 and the local newspaper Salmetar in 1897. Lagus was also a shareholder in the local steamship company. For several years he was chairman of the board of the Iisalmen Säästöpankki savings bank. Lagus also had one of the first telephones in the Iisalmi region.

Johannes Lagus lived in Helsinki during the last years of his life, but spent the summers at Peltosalmi in Iisalmi. The Halonens and the Laguses knew each other well. The Laguses had a home orchestra at Peltosalmi. Johannes Lagus played the cello, and his boys Reino and Veikko the violin and the viola. Eemil Halonen’s cousin, the violinist Heikki Halonen, often played music with the Laguses. Sculptor Eemil Halonen was enthusiastically involved in developing agriculture, which meant that there was plenty to discuss with Johannes Lagus . Aini Lagus, the daughter of Johannes Lagus, was the director of the Peltosalmi School of Home Economics and a leading figure of the Martta women’s organization in North Savo. Mrs Alli Halonen was also active in the Martta organization.